From the website of the Assembly of Canonical Orthodox Bishops in North and Central America:

Great Feast of the Meeting of the Lord in the Temple

“The Lord is circumcised according to the Law, brought to Jerusalem according to the Law, presented to the Lord as it is written in the Law and a sacrifice is offered as the Law demands. Notice that the Creator and Lord of the Law is completely obedient to the Law. What does He achieve by this? He makes our nature obedient in all things to the Father. He completely heals us of its disobedience and transforms the curse on it into a blessing. As all human nature was in Adam, so it is in Christ. All who received their being from the earthly Adam have returned to the earth and been brought down, alas, to Hades. But, according to the apostle, through the heavenly Adam we have all been called up to heaven and made worthy of its glory and grace.”  (From a Homily for the Meeting of the Lord by St. Gregory Palamas)

On the occasion of the Great Feast of the Meeting of the Lord in the Temple, we convey our paternal love, blessings and prayerful best wishes for a very happy feast to all of the Christ-loving Clergy, Monastics and Laity.

- The Assembly of Canonical Orthodox Bishops of North and Central America 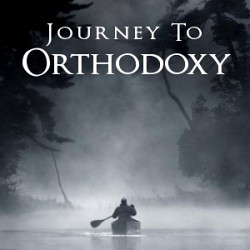